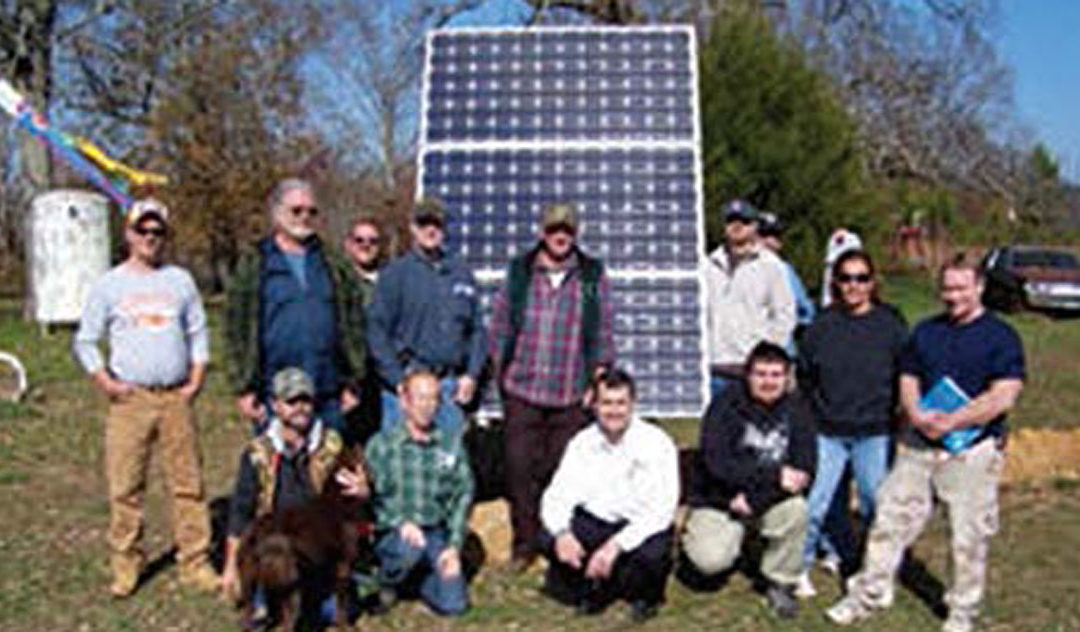 When it comes to preparing students for job placement, Bruce Moore, instructor at the Tennessee Technology Center (TTC) at McKenzie, is looking towards the future. He recognizes the job market’s ever-increasing demand for technicians with a background in connectivity, electronics, and Green technology, which is why he has fought and continues to fight for programs related to these topics to be offered at his facility. So far, the Electronics and Green Technology Program (about four year’s worth of education) consists of five trimesters that total just 20 months of training. The third trimester features C-Tech’s certification programs: Introduction to Telecommunications, Copper Network Cabling, and Fiber Optics Network Cabling. However, Moore is hoping to further expand the program, which is the first of its kind in Tennessee.

“I’m still fighting for the whole C-Tech broadband package, especially smart home/automation because that’s going to feed smart grids. If you’re going into telecommunications, green is where it’s going to be” said Moore.

Green/Electronics classes first started at TCC due to the area’s need for educated “Green-collar” workers in the alternative energy field. Plus, the local workforce was suffering with a dismal unemployment rate and factories shutting down, so it was clear that people would require skills in a new, sustainable trade in order to find jobs easier. The majority of TI C’s Green/Electronics students are displaced workers.

“Most courses are single-focused but they’re going 10 come out of this course with so many places 10 go, even with a bad economy. Not everyone’s fit for every aspect of these programs, but they’re going to have so many options” Moore explained.

The industry will benefit from an increased availability of skilled employees as well. For instance, TIC McKenzie has developed a relationship with local Cable/Broadband ISVM provider, Charter Communications.”They are hurting so bad for anyone with any knowledge on this subject” according 10 Moore. “They were so excited when they came and saw the C-Tech equipment.” From now on, anyone in upcoming classes is invited to visit the business. Solar and Renewable Power Systems out of Jacksonville, TN has also expressed interest in hiring future TIC graduates.

TIC’s goal is not only to train their students, but also to raise awareness among the general public about conserving energy, reducing emissions, and energy efficiency. Moore: “we hope reputable companies will hire our students, maybe see their capabilities, and want more individuals with these skills. So in a way, these students are selling the programs, which will help educate the community”.